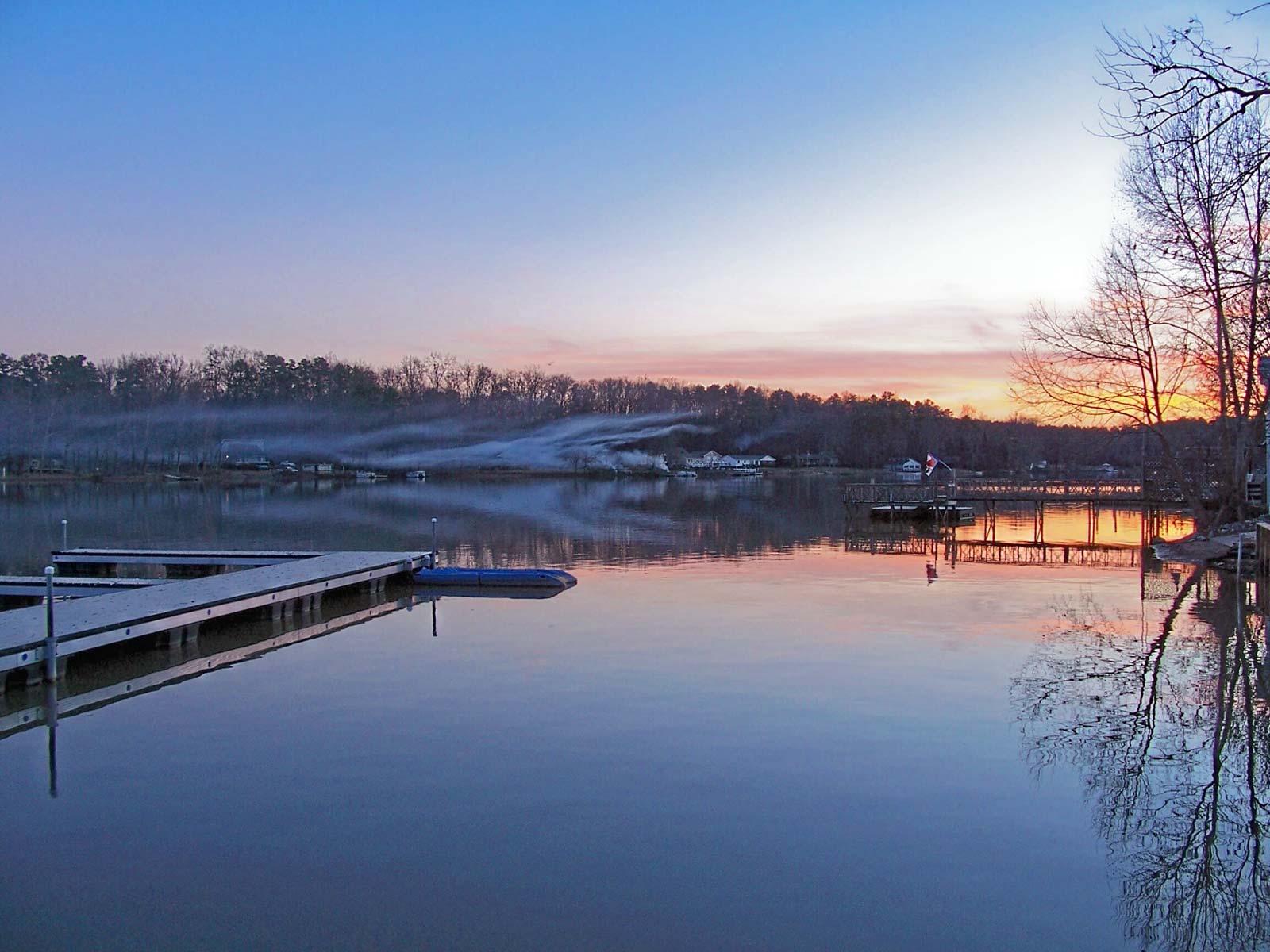 HOW HEALTHY is HIGH ROCK LAKE?

High Rock Lake has suffered from elevated levels of
chlorophyll-a since the 1970s.

HIGH ROCK LAKE IS A 15,000-ACRE RESERVOIR ON THE YADKIN RIVER and is the second largest lake in North Carolina after Lake Norman. At present, High Rock Lake is impaired for chlorophyll-a, due to nutrient over-enrichment. While this fact may give you cause for concern, it may also leave you with a question. What does it mean to be impaired for chlorophyll-a and what is nutrient over-enrichment?

High Rock Lake “has suffered from elevated levels of chlorophyll-a since the 1970s.” Chlorophyll-a is a water pollutant, also called a water-quality parameter, that appears in the form of blue/green algal blooms. Such algae indicate high nutrient levels in the water, which cause the algae to bloom, and in turn, deplete the water’s dissolved oxygen below the level necessary to maintain a healthy aquatic ecosystem. In this respect, the Director of the Center of Applied Aquatic Ecology at N.C. State University, Dr. JoAnn Burkholder, indicates “the toxic algae blooms [in High Rock Lake are] fed by [nutrients, such as] human and animal sewage, and storm-water runoff.” One stark result of nutrient pollution in High Rock Lake is massive fish kills, documented in this Youtube video by Yadkin Riverkeeper in 2009.

As such, High Rock Lake is in desperate need of a strategy to correct this impairment, which in turn raises another question. What must be done to solve the problem?

When a water body is listed as impaired, Federal law, via the Clean Water Act, requires the state regulating agency, in this case, North Carolina’s Department of Environment and Natural Resources (“NC DENR”), create a comprehensive plan for correcting the impairment. This corrective action is called a TMDL or Total Maximum Daily Load. A TMDL is “a calculation of the maximum amount of a pollutant that a waterbody can receive and still meet water quality standards.” The Clean Water Act requires the creation of TMDLs to bring the quality of impaired waters back to appropriate standards. Because of this important role “TMDLs are regarded as “central to the [Clean Water Act’s] water-quality scheme,” [1] and “are to be established promptly by the states.” [2] Since 1995, nearly “70,000 TMDLs have been completed.” but there is still more work to be done, as there are presently 43,300 impaired waters identified across the United States. TMDL’s must be created for all waters identified within a state’s §303(d) list, which is the designation for a state’s list of “waters that are too polluted or otherwise degraded to meet water quality standards.” North Carolina’s most recent §303(d) list, which included High Rock Lake, was reported to and approved by the EPA in 2014.

At this point, if you are curious as to why a TMDL for High Rock Lake is not being pursued by NC DENR and you would like to get involved there are a number of outlets for stakeholders. In fact, EPA regulations require public participation in TMDL development. This is because local citizens often have unique insights regarding their watershed that can aid the regulating state agency. Specifically, EPA provides examples of how concerned citizen can get involved in the TMDL process:

If you would like to receive information on opportunities to engage NC DENR regarding High Rock Lake, join NC DENR’s High Rock Lake stakeholders email list. Conversely, if you find that your regulating state agency is not adequately pursuing a TMDL when needed, the Clean Water Act permits concerned citizens to file a “citizen suit” against the state agency or EPA for allowing such pollution to continue unabated. In this respect, citizen suits benefit the general public because “the state and federal agencies responsible … may not have the resources … to do the job, [and as a result] … Congress empowers citizens to … bring their own lawsuits.” One resource available to help determine whether a citizen suit is warranted, i.e. a TMDL is needed or is unjustifiably being delayed, is your local Riverkeeper or Waterkeeper. As such, there are many ways in which local stakeholders can positively engage the High Rock Lake TMDL process.

“More than 218 million Americans live within 10 miles of a river, lake, or estuary that is considered impaired because it cannot fully [meet the] water-quality standards set by States.” This fact holds true for all of us living near High Rock Lake. Unfortunately, while NC DENR has recognized the need for a High Rock Lake TMDL since 2008, no significant action has been taken to implement a TMDL. Thus, High Rock Lake, while impaired, has escaped full TMDL consideration for nearly a decade. Rather than let these harms continue unabated, send a message to NC DENR requesting the implementation of a TMDL to resolve this chlorophyll-a impairment and restore the lake’s aquatic ecosystem.