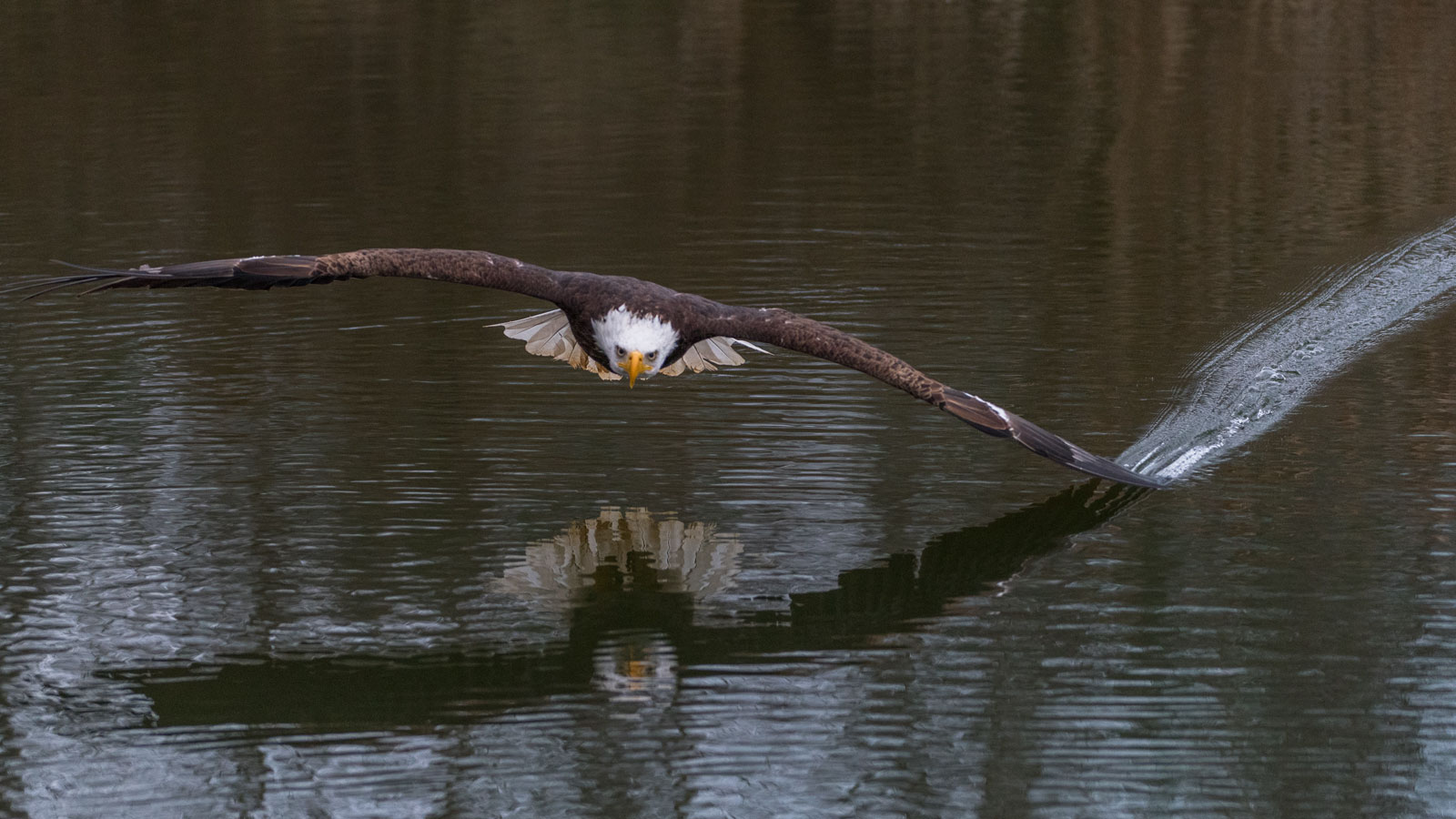 At 50, EPA Pivots from Trump Chopping Block to Biden Future

On its 50th anniversary, the U.S. Environmental Protection Agency has been defanged after four years of Trump deregulation, but Biden has pledged to reinvigorate the government’s guardian of Mother Nature.

N THE EVE of the founding of the United States Environmental Protection Agency (EPA), smog choked U.S. cities, rivers were overflowing with noxious chemicals, hazardous waste crept into the water supply, and pesticide use was unchecked.

Since 1970, air quality has improved as conventional pollutants have decreased significantly — despite the economy, population and overall energy consumption growing substantially.

The U.S. population has grown 60 percent since Nixon held office, the economy is more than four times larger, and Americans use 44 percent more energy. Yet aggregate emissions from six common pollutants such as sulfur dioxide, nitrogen oxide and carbon monoxide have dropped 73 percent as of 2016.

“In some areas, like air pollution, the environment is a lot cleaner than it was 50 years ago, and that is certainly a success,” said James Broughel, senior research fellow with the libertarian-leaning Mercatus Center at George Mason University.

“But even in this case, where the levels of many pollutants are dramatically lower now than they were in the past, it is difficult to know how much of the success is due to EPA, and how much would have happened anyway,” Broughel told Al Jazeera, noting that technological innovations have likely been doing “a lot of the heavy lifting here”.

Regardless of scepticism about the impact of regulation, environmental advocates and climate activists are looking ahead to a more EPA-friendly administration with President-elect Joe Biden preparing to take office in January.

Biden has pledged to aggressively jettison many of the regulatory rollbacks of President Donald Trump’s administration, and be less accommodating to big business.

‘Could have made progress’

EPA proponents and those who say that improvements in U.S. environmental quality could not have happened without the agency’s regulatory action have plenty of progress points to buttress their position.

Lead has disappeared from petrol. Municipalities across the country have made huge strides in treating wastewater and drinking water. Pesticides like DDT have been banned and billions of dollars have been spent — mostly by private corporations— to scrub toxic industrial sites.

“No responsible observer would argue that the job is finished. But these accomplishments are worth celebrating,” said Dr. Stan Meiburg, who began working at the EPA in 1977 and was Acting Deputy Administrator from 2014 to 2017.

However, he told Al Jazeera, the EPA lost valuable time under Trump, who has weakened power plant emissions rules from the era of President Barack Obama – as well as fuel economy standards, wetlands conservation and mercury emissions caps.

“The most disappointing aspects of the last four years are the lost opportunities from looking backwards rather than moving forward,” said Meiburg, who serves as Director of Graduate Programs in Sustainability at Wake Forest University.

“We could have made progress in addressing climate change, together with the private sector, and ameliorating the transition impacts on communities that grew up around fossil fuels.”

Meiburg believes that the public will need time to regain confidence in the EPA after four years of an administration that neglected scientific consensus in favor of policy objectives embraced by the business community.

The EPA requires buy-in from companies and consumers, in order to buttress its political mandate and optimise public health.

This need is particularly relevant for the next term on Biden’s watch, when the new president’s climate policies are expected to diverge massively from those of the prior administration.

While some sustainability experts are pessimistic about the grave challenges in the pipeline, many with experience at the EPA — including Meiburg — are guardedly optimistic that Biden can turn the ship around.

EPA has been on a starvation diet for a decade.
Dr. STAN MEIBURG, FORMER EPA ACTING DEPUTY ADMINISTRATOR

Meiburg says that a major part of the task at hand is effectively communicating the benefits of imposing certain costs on economic activity, especially at a time when the EPA’s expenditures are not even 0.2 percent of the U.S. Federal Government’s budget.

Both Democrats and Republicans stepped in to prevent Trump from cutting the EPA’s resources by one-third. But the status quo is hardly rich for the cash-strapped body — especially when viewed in comparison to the U.S. Defense Budget, which is almost 100 times larger. For the 2021 fiscal year, which began on October 1, the EPA’s budget is $6.658 billion.

“EPA has been on a starvation diet for a decade,” Meiburg said. “A very modest increase could help the EPA immensely.”

‘All the levers of government’

Unsurprisingly, most environmentalists are eager to see a friendly face in the Oval Office who does not put corporate polluters above public health. Biden has choreographed his plans for the EPA, as well as funding priorities for the Departments of the Interior and Transportation, with what is termed a whole-of-government approach.

“It really has been the fox guarding the henhouse: putting a former coal industry lobbyist as head of the EPA defies common sense and the EPA mission,” she said, referring to Andrew Wheeler’s stewardship of the agency under Trump.

Mary Nichols, chairwoman of the California Air Resources Board since 2007, is a leading contender to head up the EPA next. Having been a key figure in the state’s environmental feud with Trump, she has a background starkly different from that of Wheeler.

Under Biden, the EPA will focus much more heavily on climate, Williams told Al Jazeera.

“He’s quite vocal about using all the levers of government to tackle the climate crisis,” she added. “There’s a ton you can do at EPA, because climate pollution also causes conventional pollution.”

From limiting methane leakage in oil and gas drilling to building efficiency and factory emissions, the agency is expected to play an outsized role. Meanwhile, Trump’s tab is still being tallied.

“Half of the policies that he tried to put in place undermining environmental protection are being litigated in courts,” Williams said, adding that many of the last-minute efforts by Trump — such as opening up Alaska’s Tongass National Forest to loggers — follow the logic of “trying to jam it in as fast as they can”.

Broughel, at the Mercatus Center, sees Biden taking up the mantle by aggressively issuing environmental regulations, especially on climate.

The agency will also have to “find new ways to justify its existence”, Broughel added, noting that “It just so happens that regulators are also very clever about finding new things to regulate. After all, that’s what regulators do.”

Pollution by Ralf Vetterle from Pixabay.

Renewable energy by Seagul from Pixabay.

Caribou by Brian Holdsworth on Unsplash.