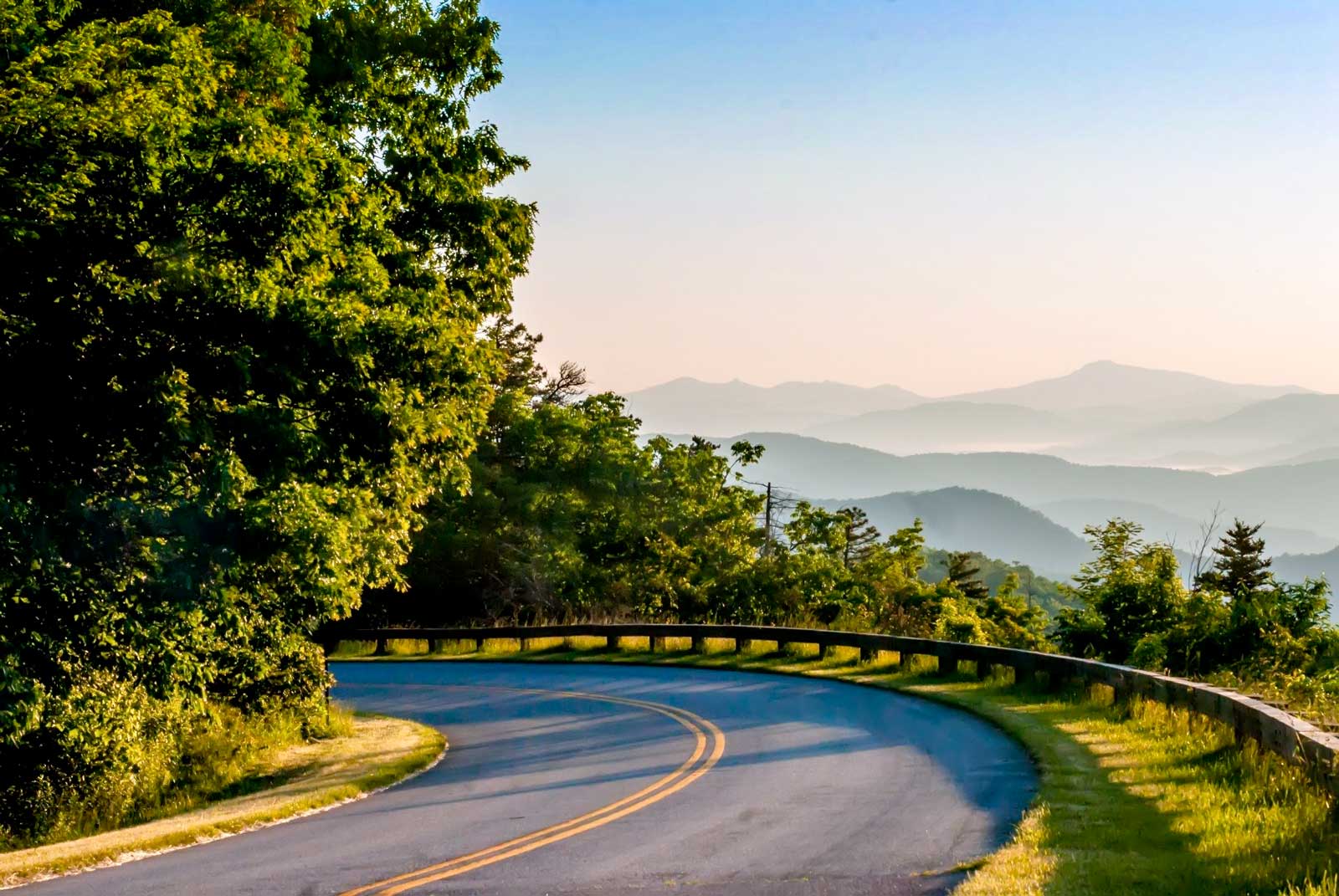 IN OCTOBER 2017 I PURCHASED A 2017 CHEVY BOLT. I use it frequently for trips between my home in Winston-Salem, NC, and Raleigh about 110 miles away.

The car has an EPA estimated range of 238 miles though, as with any EV, it is better in warmer weather. Happily, there are many charging stations between the cities and I have never had unanticipated range anxiety.

However, I had never driven the car any truly long distances. I had been as far as Wilmington, 190 miles away, but wanted to see if I could make a true long-distance trip in a non-Tesla EV. The opportunity to find out presented itself from October 19-23, appropriately enough for a visit to Ray Anderson Day in Atlanta, with continuing travel to Columbus, GA for a water conference.

In advance of the trip, I surveyed the locations of various charging stations en route and planned where I could make stops at intervals that still allowed a margin for error on available power.

8:00 am — I left home with my odometer showing 20,019 miles.  The weather was moderately cool and sunny in Winston-Salem but with rain forecast along my route.‍

9:00 am — Traveling at an average speed of about 65 miles per hour, even though I had gone only about 47 miles, my range had dropped from about 280 miles to about 203 miles. The car uses more miles at high speed.

‍11:00 am — I arrived at a Greenlots DC fast charging station at the Aloft Hotel parking lot in downtown Asheville. I logged in using the app, which spun around for a while and eventually said the station had a poor network connection. After calling customer service, and waiting on hold for 10 minutes, a service representative got on the phone.

I explained my problem, but after checking, she said that the best option for me was to find another charging station.

Fortunately for me, there was another Greenlots DC fast charging station 3 blocks away. It started up fine, and though it was less convenient, it worked!

The experience with the bad charger cost me about 45 minutes of wasted time. The charger I used, however, delivered an 85% charge in about an hour—enough to get to my next stop in Clayton, GA and possibly all the way to Atlanta (which I wasn’t trying on this trip!) The Greenlots app does not give you as much information on charging and your personal history as other app services.

3:30 pm — The weather on this part of the trip became rainy and windy, but the car handled very well and was easy to drive even in nasty weather. I successfully charged again in Clayton, GA, which gave me plenty of power to go the rest of the way to Atlanta.

The station, a ChargePoint 50 kW DC fast charging station, like Greenlots has one CCS Combo connector and one CHAdeMO connector, but it was easy to use and worked well. I picked up 62 miles in 40 minutes, at a cost of $10.21.

I arrived in Atlanta about 6:00 pm — a relatively long time to get from Winston-Salem to Atlanta, but I didn’t rush and was on time for dinner with friends.

9:00 am — I used 110 volt charging overnight at my friends' house, but I also stopped at the EVgo DC fast charging station at Lenox Mall. The EVgo station stopped charging my vehicle at 197 miles, or about 85% of the battery capacity, and wouldn’t push any further. This may save some money and battery life, but it limits how much charge you can get. This EVgo station seemed more expensive per unit of charge—it cost me $13.50 for 21.4 kWh, or about 80 miles. Lenox has several Level 2 chargers but only one DC fast charger. The Level 2 chargers, however, will continue to charge beyond 85%. The EVgo Level 2 charger is 3 cents a minute and the DC fast charger is 30 cents a minute—you pay a premium for speed.

9:00 am — On Sunday and Monday evenings, I was again able to plug in at my friends’ house, and left Atlanta on Tuesday headed for Columbus, GA, with 219 miles of range. There was the usual traffic jam around Atlanta, but there is no better car than an EV to deal with it. It’s quiet, you’re not worried about wasting energy on an idling engine, and it’s easy to match the pace of traffic at any speed. Atlanta traffic is terrible, but EV’s are great.

11:10 am — Arrived at Phenix City, Alabama (across the river from Columbus.) The one DC fast charging station in the Columbus/Phenix City area was out of service. However, in Phenix City, about 4 blocks from my destination, there was a Level 2 station at a retail office of the Alabama Power Company. I learned that they had installed it some years ago when Southern Company (parent of Alabama Power) had an electric vehicle that they used to drive from Atlanta to the Columbus area. Southern no longer uses that vehicle, but Alabama Power is willing to let others use the charging station at no cost if they ask. For me, it was a perfect solution. In five hours I picked up about 130 miles of range.

This was the furthest distance from Winston-Salem that I had gone on a trip—a distance so far of 620 miles.

6:00 pm — Heading toward home, I arrived in Forsyth, Georgia at a new Electrify America station in a Walmart parking lot. This was my first time using Electrify America. Before leaving home, I had downloaded the EA app and set up an account, so I thought I was prepared.

It was not quite as smooth as I had hoped. I had trouble getting the app on my phone to start the charger. Happily, customer assistance was helpful in talking me through it. When you go to the EA app, there is a swipe feature that, after some trial and error, worked fine; however, it wasn’t immediately intuitive. Another challenging design feature is that the EA charging cables are heavy! It can feel like you are wrestling the connector to plug it in.

That said, there was much to like. Most important were the number of connections at each site, and the ability to get a true fast charge. Electrify America has more power at more connections, including 350 kW and 150 kW stations, and looks more like what you would think a real EV charging station should look like. What would you do at sites with only one port if someone else were already there? The display screens on the charging stations are informative, and they link up well with the app, so you can tell how the charge on your car is progressing even while you are somewhere else. I picked up about 90 miles in 37 minutes, at a cost of $10.38.

‍9:30 pm — I spent the night in Commerce, GA.  If I could have found a convenient Level 2 charger I would have used it overnight, but there were none near my hotel. However, there was an Electrify America station nearby, again in a Walmart parking lot, and I got almost 115 miles in 50 minutes, for $13.72. The previous experience in Forsyth made this transaction easier.

8:30 am — I stopped at the BMW plant between Greenville and Spartanburg, SC, because I wasn’t sure if I had quite enough range to make it to my next scheduled stop near Charlotte.

BMW has several Level 2 chargers; many were occupied but still some were free. It also has a DC fast charger, a ChargePoint site. I used both and they worked fine. A 20-minute boost from the fast charger was enough to get me comfortably to my next destination.

‍11:00 am — My final charging stop at an EVgo station in Mt. Holly, NC was uneventful.  This is at a BP station—the only “gas station” charger I used on this trip. It was nice to have a place nearby to get drinks and snacks. My objective was to get enough charge to make it comfortably home to Winston-Salem. It was easy to do; in 38 minutes I picked up about 90 miles, at a cost of $12.23.  Again, however, it’s a single stall site. I realize that with fast chargers this is not as vital an issue as with Level 2 sites.

‍1:00 pm — Home again, after a trip spanning 5 days and 1100 miles! Here I am recharging at the Level 2 site next to my office building at Wake Forest!

EV charging for non-Tesla owners is making progress, but the system is still under construction.

Different apps list different stations; Charge Hub and Plug Share seem fairly comprehensive. However, you have to use the particular system app for the various pay stations (ChargePoint, Greenlots, EVgo and Electrify America), and it’s easiest if you have separate accounts set up for each one. There are probably ways to use credit cards directly, but I found it easiest to have an account.

There are idiosyncrasies among the charging stations and companies. ChargePoint seems the most consistent to me. I have had misfires with both Greenlots (as described above) and EVgo.

By comparison, Electrify America has advantages. At each stop, there are multiple chargers—a great anxiety reducer. Usually, they are near a commercial establishment where you can go in and use the facilities and get something to eat or drink. However, there are design challenges that EA still needs to address. One is that the stations sit outside, with no cover. I had decent weather on this trip, but on subsequent journeys (e.g., to Washington, DC) I have found myself juggling a cell phone and a heavy charging cable in the rain. To make matters worse, on three occasions I experienced a connection failure with the EA charger. To EA’s credit, customer support is easy to access, with little waiting time. Still, the solution of lifting up on the handle while synchronizing, was not obvious or simple and doesn’t inspire confidence in the system.

The main message for me is that long-distance EV travel is possible. It requires planning to anticipate where charging stations are. It also requires patience; it does take time to refuel, even with DC fast chargers, and I was most comfortable stopping about every 2.5 hours or 150 - 180 miles.

I now understand the wisdom of Tesla’s investment in their Supercharging stations for long-distance travelers. But for the rest of us, the system continues to improve. Range is expanding with better batteries, and the growth of Electrify America stations have given me more confidence.

This will only get better in the years ahead. Even though I still feel like a pioneer, I would encourage you to try it! EV’s are comfortable and fun to drive, and with a little thought and preparation, you can do this!!