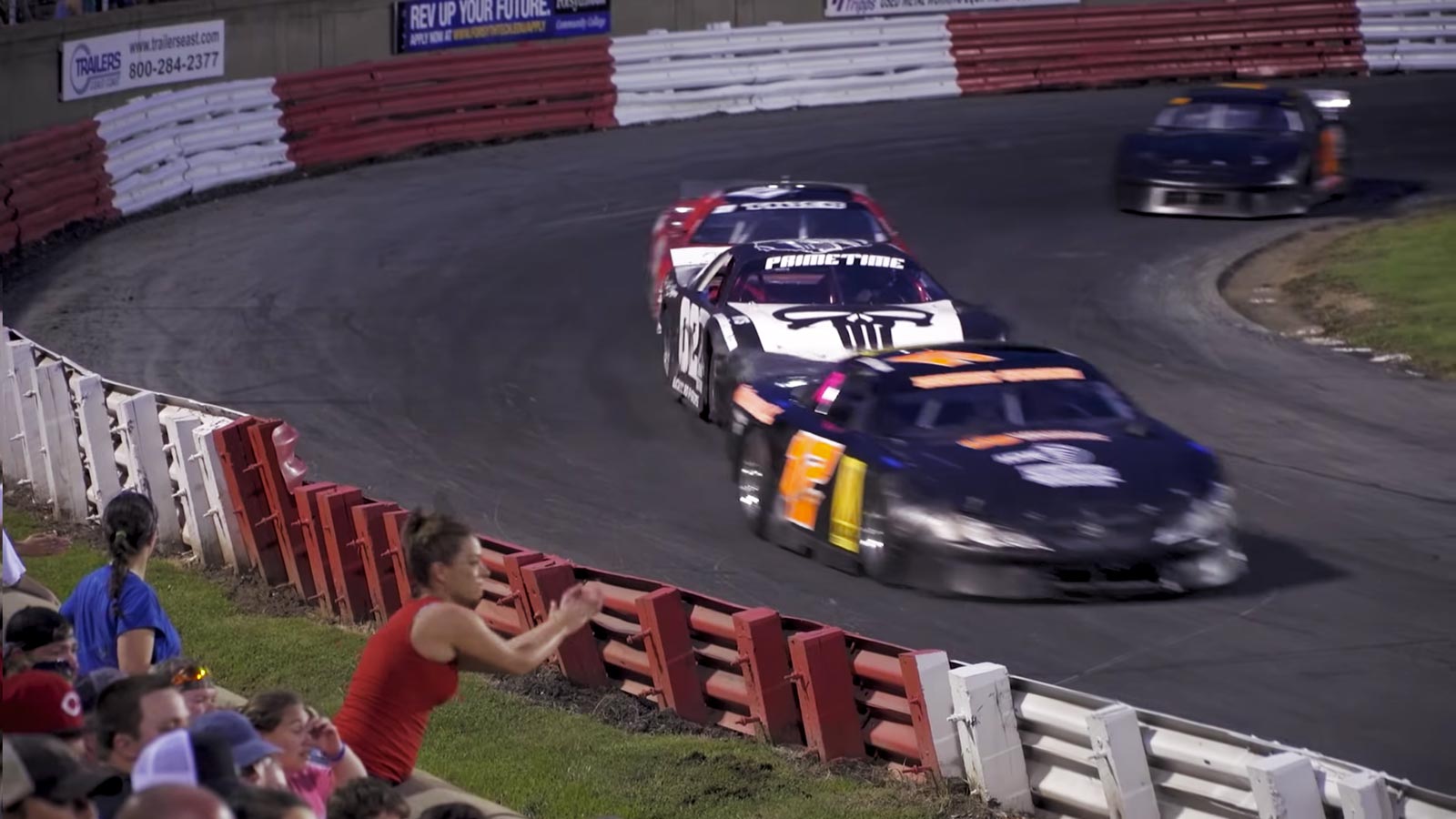 Buckle up... it's time for some racing! The Bowman Gray Stadium has a rich history and is a part of what makes Winston-Salem such a great place.

UMMER TIME IN WINSTON-SALEM HAS A LOT TO OFFER, but a favorite way to spend Saturday night is at the Bowman Gray Stadium. In 1949 Bowman Gray became NASCAR's first weekly track. The venue boasts a long tradition of hosting some of the best drivers in racing history. Today, past, present and future collide, sometimes quite literally, as a new generation of drivers look to race their way into the history books.

“The best part of Bowman Gray Stadium racing is just the action that you're going to see. This is a flat quarter-mile track. There's no bank. It's like the track you jog around on in high school - except cars would be going 60-80 miles per hour down the straightaway. So you can imagine they get going really fast. And it's a different style of racing. There's a lot of progression to it. There's a little part of bumping the guy in front of them, and kind of getting him a little loose so you can slide up under them. And there's a lot of passion. And that passion is what comes out on the track.” —Warren Penniless, Public-Relations Bowman Gray Stadium

Whether you're a seasoned race fan or first-timer, Bowman Gray has something for everyone from the traditional Sportsman Division to the cars competing in the Stadium Stock Division. You'll see the best local racing talent that North Carolina has to offer. If you're looking for something a bit less traditional, the night always ends with something unique. Whether it's monster trucks, a demolition derby, or a speed race, you never know what you're going to get at The Madhouse.

Perhaps Bowman Gray’s biggest tradition is its affordable ticket prices. For only $12, you can have a nice evening with several exciting races. It's easy to see why this place fills up every weekend. There's a lot of excitement. They don’t call it The Madhouse for nothing.

One of the best features of Bowman Gray is the access fans have to their favorite drivers. Following the last race of the night, fans make their way to the pits to meet the competitors, get autographs, and of course, get pictures next to their favorite cars.

“Man, you really can't put it in words. When you roll out on the racetrack and you're strapped down to a three thousand pound race car with a couple hundred horsepower. I mean, to see the fans and see their reactions to whether you wreck or whether you win. It's just, you can't beat that and that's what's made this place so famous. It gives us drivers something to strive for and that's what I enjoy the most about racing at Bowman Gray Stadium.” — Justin Taylor, Sportsman Division Driver

With over a thousand races in the book and no signs of slowing down, The Madhouse will be rocking for years to come.