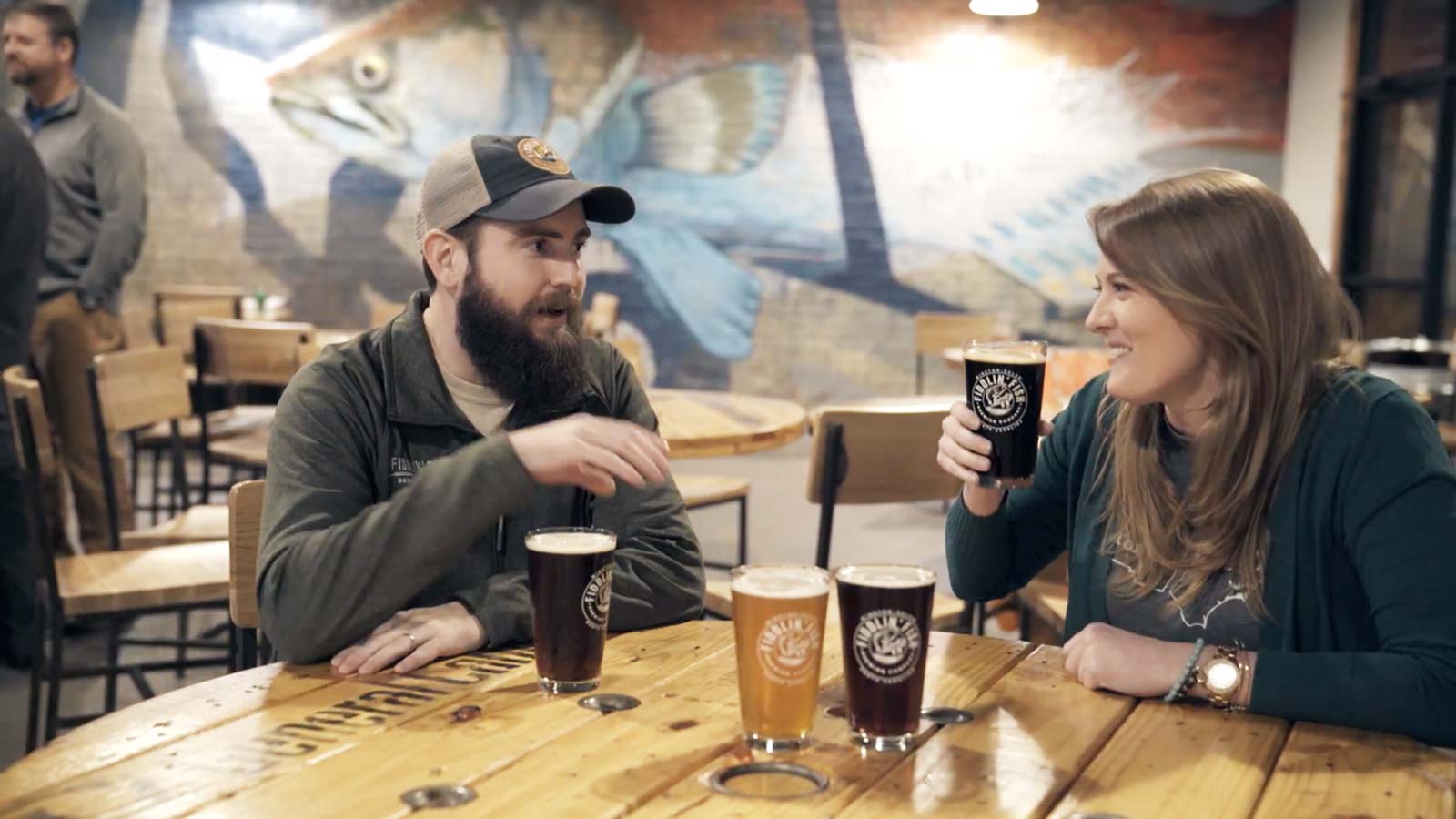 Join us on a brewery tour to check out all the great beers Winston-Salem has to offer!

inston-Salem is home to eleven different breweries, all of which are unique in their own way. Fiddlin' Fish Brewing Company is the newest brewery in town, but shares customers with beer enthusiasts across the state of North Carolina. Small Batch Beer Company is a locale Winston favorite where the trivia on Wednesday night is taken very seriously. But in between questions, make sure to enjoy some of their incredible burgers. Foothills Brewing Company is another popular spot downtown where you can enjoy beer in a casual environment with friends and co-workers while listening to live music.

We are here at Fiddlin' Fish Brewing Company to kick off our brewery tour around Winston-Salem, NC. It is a family business.

"My cousin Stewart has been home brewing for six or seven years. His hobby sort of became an obsession. Craft beer is now sort of this uniting thing. We see people from all over North Carolina. I have really enjoyed meeting folks from all over the state who are on beer tourism trips and are now making Winston-Salem a stop. It is really exciting to see." —Fiddlin' Fish Brewing Company.

We had a chance to meet up with Spencer at Wise Man Brewing and talk to us about their emphasis on local community driven products.

"We want to partner with other local home brewers because that is why this place is about. It is about chasing a thing that you love and an idea and really investing it back into the community that you live in. So we have a couple of beers right now on tap that we worked with local home brewers on. Brewing is collaborative. It is not a competitive industry. More beer is better beer. More breweries is a better situation." —Spencer, Wise Man Brewing.

Thanks for joining us on our brewery tour in Winston. We hope that you can join us again next weekend.