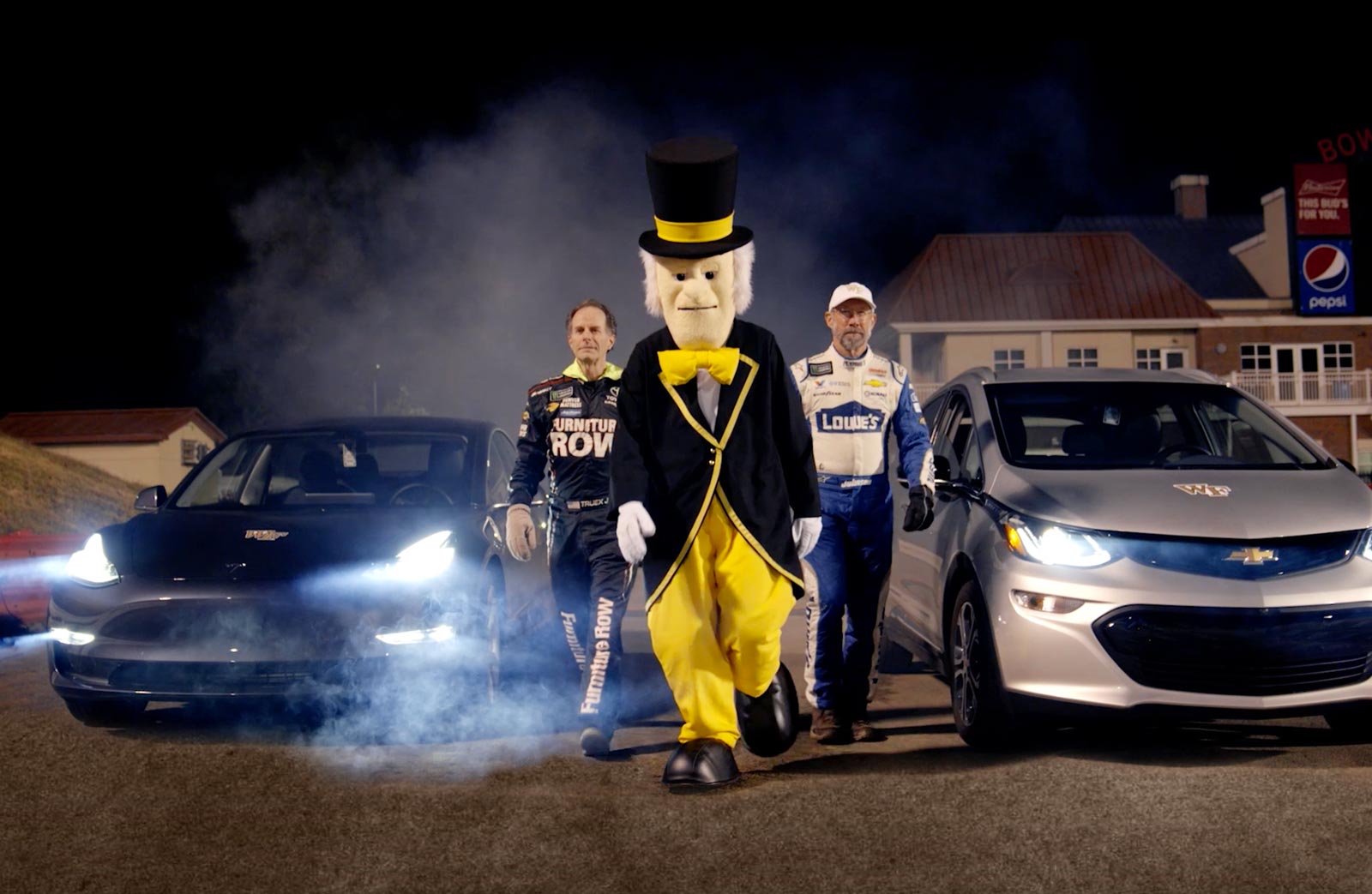 RACING INTO THE NEW YEAR

If one quarter of the cars in America ran on electricity it would reduce more carbon than all energy sources emit in North Carolina.

Real Talk – Equity, Diversity and Inclusiveness in Clean Energy
A topic that has been top of mind since the senseless killing of George Floyd last summer – systemic racism. We’ll address how it relates to clean energy.
Yes, You Can (travel 1100 miles over 5 days in a Chevy Bolt!)
Long-distance EV travel is possible. It requires planning to anticipate where charging stations are. It also requires patience.

HE CRAZINESS ALL STARTED IN THE FALL when Alan Palmiter, a Wake law professor, came into my office proud of his new Tesla Model 3.

I joked with him, as it had taken a long time for the Model 3 to move from a concept to an actual production vehicle (though to be fair, in the last 6 months, Tesla has ramped up and they are now delivering an estimated 7000 Model 3’s each month). Well, back when the Model 3 seemed still a distant vision, I bought an all-electric Chevy Bolt. So naturally, some trash-talking was in order. Whose electric vehicle was the favorite?

There was only way to settle this great electric debate. It required one historic racetrack, one demon deacon, and two crazy-eyed professors...

A big thank you to the Wake Forest Documentary Film Program, Bowman Gray Stadium, and NASCAR, for helping us race into the new year with style!

We look forward to a great year!‍