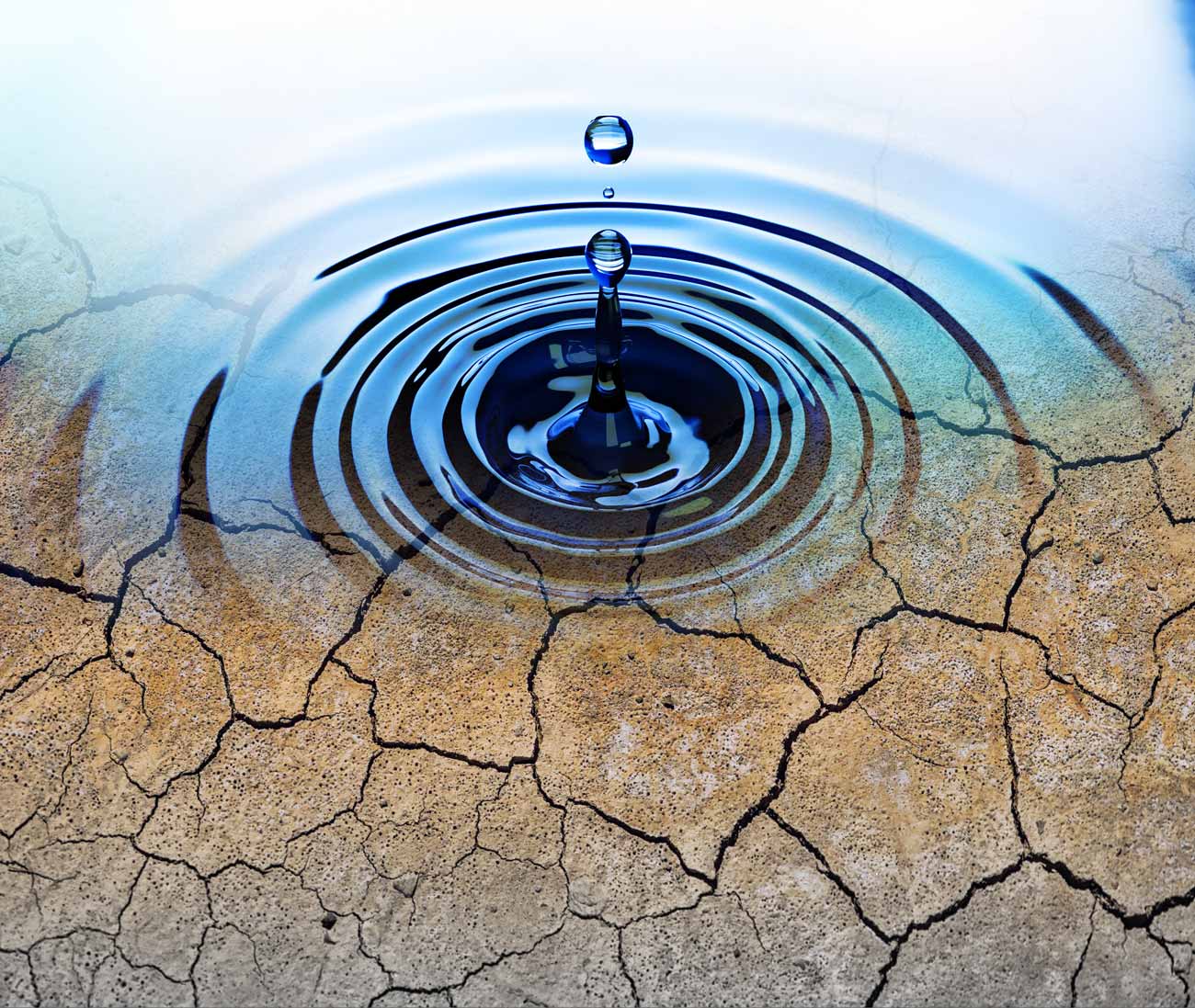 Why Sustainability is Important
in Environmental Education

The following remarks were delivered by Dr. Stan Meiburg, Director, Graduate Programs in Sustainability on October 22, 2019, at the opening session of the Water Resource Economics Conference entitled "Southeast Waters: Wading Into Our Future" held at Troy University in Phenix City, Alabama.

Good afternoon, and thank you for inviting me to speak here this afternoon. I especially want to thank Billy Turner, who invited me in the first place and has been such a great leader in this area for many years. Billy is a wonderful friend and colleague, and his tenure as a leader of a progressive and very well run utility in Columbus earned the respect of his peers not only in the Southeast but across the country. It has been a pleasure to be a partner and collaborator with Billy all these many years.

ODAY’S TOPIC, THE ROLE OF SUSTAINABILITY IN ENVIRONMENTAL EDUCATION, is an interesting one. It’s especially interesting to ask this of someone who has only been in the academic business for a little more than two years. And in the private education business at that—which is a little different from the fine tradition of public education which Troy University represents.

Now, I like to think that my previous life at EPA had something of education about it. Bill Reilly, a former Administrator of EPA in the George H.W. Bush administration, once said that “The EPA Administrator is far more than a regulator and should see himself or herself as a major source of information, of encouragement, at times of inspiration, for the public at large.” His point was not just that regulation is not the solution to all problems.

Now, please don’t misunderstand me, I am a very strong defender of regulation in the public interest—government by law, not by executive whim. This kind of wise regulation is what stands between us and the indiscriminate subjugation of public to private interest.

It is what makes efficient market capitalism possible—by ensuring that sellers cannot artificially lower prices by displacing externalities. Which is a fancy economist way of saying that regulation keeps providers from selling goods and services cheaply by making us pay the full price in poorer health and social injustice.

Bill’s larger point was that we have to be able to depend on our public servants to properly understand and incorporate the full impact of their decisions on society as a whole in both the short and the long term.

This is where sustainability comes in, and why a sustainability lens is so important at a conference on the future of our waters. The classic definition of sustainability remains the one from the 1987 report, “Our Common Future”, by the World Commission on Environment and Development, chartered by the United Nations. It is commonly referred to as the Brundtland Report, after its chairperson, a former Prime Minister of Norway.

The Brundtland report defined sustainability simply as, “Meeting the needs of the present without compromising the ability of future generations to meet their own needs.” Let’s think for just a minute about the word “needs”. It’s not the same as the word “desires”. “Needs” communicates a certain urgency. I might desire an extra cupcake for dessert. I need clean air to breathe, or to point back to this conference, clean water to drink.

Sustainability points to the interrelationship of three elements of need. The first set of needs is economic needs. These are pretty easy to understand. To be sustainable, businesses have to be profitable.

But our economy exists at the sufferance of society, which provides the ordered structure of rules within which our economy functions. These rules enable us to unlock the terrific power of markets.

In other words, we depend on the services our environment provides for us. The irony is that we think of these services as free, when in fact they are beyond price.

Since this is a water conference, I thought I would discuss a water example: how do you set water rates? Historically, EPA considered affordability, measured as a percentage of community median household income, as a measure of whether service rates were affordable.

But there are two problems with that. The first is that water systems require operation and maintenance. We largely take it for granted that when we turn on the tap, clean and safe water will come out. These days, when we flush the toilet, we assume that water will be treated. But to make this possible, water rates have to cover full operation and maintenance costs. No water system is sustainable if it doesn’t include full cost pricing, in some way, shape, or form. But this imperative always runs up against the great enemy of all water systems managers: out of sight, out of mind.

This also frames the second problem: there is no such thing as an average household. For some households, the full cost pricing of water is not a significant portion of their monthly expenses. But for others, if rates are based solely on water use, full-cost pricing can lead to impossible choices between food, clothing, rent, electricity, and water. It raises a fundamental social/philosophical question: is clean water simply a commodity, or is it a human right? So even in this simple example, we see how the economy, society, and the environment are all inextricably tied together.

To cite another example, people generally embrace economic growth, but don’t always ask questions about what kind of growth, and how will growth affect the communities in which we live or the environment on which they depend. This happens at all scales, from neighborhoods to the whole world. Sustainability is such an important perspective because it compels us to ask not just what will be good for today, but what will be good, as Ray Anderson famously said, for “tomorrow’s child”.

That kind of thinking is what we try to impart to our students at Wake Forest, and what other sustainability education programs do as well. We use four particular perspectives in our core curriculum.

The first is the perspective of social, cultural, and ethical perspectives on our common human life, and how these perspectives affect the way we view the world. For example: how culture shapes our view of ecosystems and their resources—as things to be exploited, or as sources of vital services.

The second is the biological, physical, and chemical science of sustainability—not to make our students rocket scientists in four months, but to teach critical scientific thinking, to be able to assess and evaluate scientific claims, and distinguish valid applications of the scientific method from claims wrapped in scientific language that do not stand up under scrutiny.

The third lens is that of business and management. There is a movement underway among business leaders themselves to reshape their understanding of its own responsibility—that while the obligation to be profitable is still present, this obligation does not give business the license to ignore, or worse, exploit the obligations of social justice and environmental integrity.

There is a moral imperative to this movement, but it is also self-interested. It turns out that businesses that view themselves through the lens of sustainability can use these insights to better meet the customer expectations, reinforce brand value and loyalty, and yes, be more profitable and more easily attract investment.

The fourth lens is that of law and policy—how the rules governing our common life are established, and how these rules can help, or hinder, the building of a more sustainable world.

I lay out this framework to make the point that today environmental education must approach its work through a sustainability perspective. After all, to a historically unprecedented degree, the environment is us. It is ourselves that we should be worried about sustaining.

It is not an accident that the era in which we live is now being called not the Holocene, which means “entirely recent” and dates from the end of the last Ice Age, but the Anthropocene, in which many geologically significant conditions and processes have been profoundly altered by human activities.

We are shaping the planet. I am not going to try this afternoon to lay out the whole long list of ways in which this is occurring, but just to hit on a very few of the most dramatic examples:

• Species around the globe are threatened to such a degree that biologists describe our time as the “Sixth Great Extinction”.

• Agricultural systems will have to feed a population of 11 billion people by the end of this century without destroying ecosystems needed to mitigate nutrient pollution and avoid even more “dead zones”.

• One estimate suggests that by the year 2050, our oceans will contain more plastic by weight than fish.

Journalist David Wallace-Wells recently published a book entitled “The Uninhabitable Earth”, which makes the chilling point that as bad as the predictions of current science are, they represent a sort of best-case scenario. It could, in fact, be worse, and the miseries of humanity in the face of these changes are simply unimaginable. He points to quite plausible scenarios of hundreds of millions of climate refugees, to the spread of tropical diseases, to the sheer unlivability of the hottest parts of the globe, to extremes of weather—biblical droughts and biblical floods, to coastal cities around the world inundated by rising seas, and to mountains whose life-giving glaciers are simply gone.

In the face of these things, it is very tempting to look away—in denial or in despair. Yet, that is not Wallace-Wells’ counsel. He notes that in the last 30 years, we have emitted more carbon into the atmosphere than in the entire preceding record of human history. But if we did that, he argues, then that also means we have the power, and the choice, to reverse our course in the next thirty years.

Such a reversal will be incredibly hard—even harder for reasons of our values than for reasons of our technology. It is an open question whether humanity is capable of it, and we go into this knowing that we cannot turn back the clock. We are already at levels of carbon in the atmosphere that are beyond anything seen in the history of human civilization, and the effects of those levels are coming—in fact, some of them are already here. But if we act, we can keep what will be an extraordinarily difficult challenge, the human existential challenge of our time, from being an impossible one.

To do this will require that those of us who have the great privilege of being educators use that privilege to give our students access to all the tools of sustainability—economic, social, and environmental—so that we and our children will have a fighting chance to meet it.

Thank you very much.