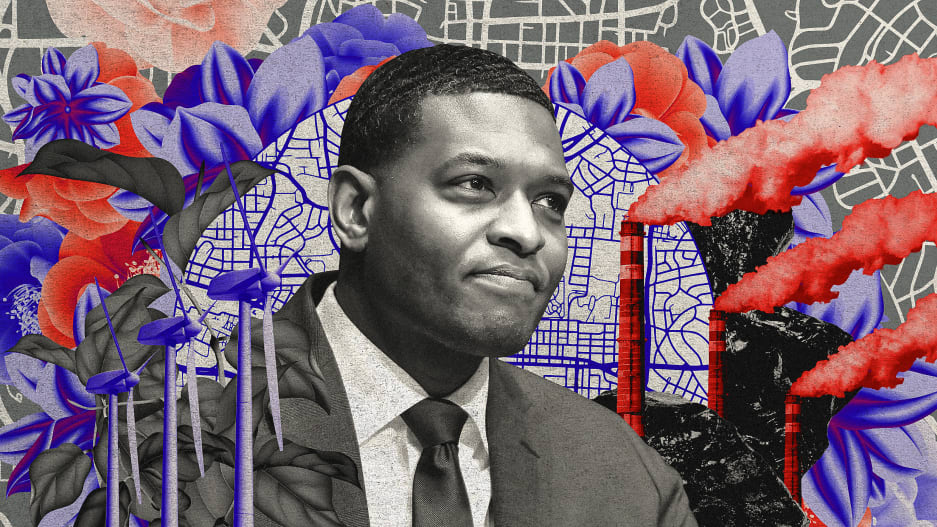 How to Rebuild the EPA After Trump Trashed It

Facing low morale and staff exodus after four years of an undermined mission, new EPA administrator nominee Michael Regan will have to act quickly to restore the agency and start acting on climate change and environmental justice.

efore he took office, Donald Trump said that he wanted to “get rid” of the EPA “in almost every form.”

The 50-year-old agency still exists. But over the last four years, his administration steadily weakened the agency’s ability to protect the environment. The EPA ditched the Clean Power Plan, a key climate policy, and tried to replaced it with a plan that allowed more pollution (this year, courts finally rejected that attempt). It eliminated a key science office in the agency, disbanded other scientific advisory committees, and made a new rule limiting the scientific research it could use in its decisions. Among dozens of other rollbacks, the EPA reversed a ban on a pesticide shown to impact brain development in children, allowed more mercury pollution, and weakened fuel efficiency standards. Inspections and criminal cases against polluters sharply dropped. Eighteen months into Trump’s term, nearly 1,600 EPA employees had fled the agency.

By the end of the Trump era, the EPA reported that it had taken 78 deregulatory actions. “From a big picture standpoint, for each of those deregulatory actions, at least four years were spent in doing them the first time around—the right way, to protect public health and the environment,” says Betsy Southerland, a former director of the Office of Science and Technology in EPA’s Office of Water. “So to say that in four years you repealed or replaced 78 of those actions means in four years you undid over 300 years of rulemaking.”

If he’s confirmed, the new EPA administrator, Michael Regan, now faces the daunting task of rebuilding the agency and addressing Trump’s rollbacks while simultaneously making new progress on the pressing challenges of climate change and environmental justice. Some of the changes will take years. But the EPA can also make progress quickly within the first 100 days.

Regan, the first black man to lead the EPA, has a fundamentally different perspective from his immediate predecessors—Andrew Wheeler, a former coal lobbyist, and Scott Pruitt, who had a cozy relationship with the fossil fuel industry before he resigned amid ethics scandals (he later became a lobbyist, as well). “I think you couldn’t ask for a bigger sea change between an EPA where coal and oil lobbyists are writing policy to one where affected communities are really going to be the ones driving the agenda, as they should be,” says Becca Ellison, a senior policy fellow at Evergreen Action, a group that works on policy to fight climate change.

Regan started his career at the EPA in 1998, working on climate and energy programs designed to reduce pollution, and then worked on similar programs at the nonprofit Environmental Defense Fund in his home state of North Carolina. Most recently, as head of the North Carolina Department of Environmental Quality, he earned a reputation for focusing on environmental justice—something that Biden is pushing as a priority for the new administration. In North Carolina, he also had to turn around an agency that had been beleaguered by budget cuts and previous anti-regulatory leadership, an experience that he can draw on in his new role. Here are some of the steps he’s likely to take first at the EPA.

One early focus for the EPA will be building a map of the communities hardest hit by pollution and climate change, adding to the overlapping stresses of poverty and systemic racism in those areas. The map can be used to direct 40% of new clean energy investments to the communities that need it most, as part of the administration’s broader push for environmental justice.

Biden made environmental justice “a cornerstone of his campaign around environment and climate,” says Peggy Shepard, executive director of We Act for Environmental Justice, an organization founded in Harlem that organizes low-income people of color to build healthier neighborhoods. “This is a mandate coming from the president. And I think he hired people running climate and environmental agencies with an eye to whether they have had that kind of experience or advocacy in the past.” That’s one reason why Regan beat out some other contenders for the job, she says.

In his last job as head of the North Carolina Department of Environmental Quality, Regan created a new Environmental Justice and Equity Board to make it easier for residents to participate in the process of enforcing environmental regulations. He pushed Duke Energy to begin cleaning up toxic coal ash that was dumped in open pits near residential neighborhoods, the largest such cleanup in the history of the country. Some activists say that his record wasn’t perfect, and note that the North Carolina agency gave permits to hog farms and other polluters near low-income communities. (Some activists also question how closely he worked with businesses, in general, and whether he’ll be as tough as needed now.) Still, the focus on environmental justice at the EPA is likely to now be bigger than it has ever been before.

ROLL BACK THE ROLLBACKS

Another early priority is tackling Trump’s rollbacks as quickly as possible. Biden issued an executive order hours after his inauguration calling for the EPA to review 48 Trump-era decisions, from the rollback on fuel efficiency to a rollback on emissions from landfills. Courts have already overturned many of the rollbacks because they were legally indefensible. Replacing those policies means going through a long process of rulemaking. But the EPA can take some immediate steps, like stopping the lawsuits defending the Trump policies. In one recent case, when a court rejected the Trump EPA’s “secret science” rule that limited the studies that the EPA can use in making regulations, the new administration asked the judge to vacate the rule, meaning that it will no longer be effective.

Biden wants the power grid in the U.S. to run on 100% clean power by 2035. There are multiple ways to move toward the goal. Congress could pass a law requiring utilities to ramp up clean energy, the same way that states have increased renewables. As part of a sweeping executive order on climate change on January 27, Biden told federal agencies to begin buying clean power. But the EPA also can regulate greenhouse gases under the Clean Air Act, and could act to limit climate pollution from power plants—along with limits on other types of air pollution, like mercury and nitrogen oxide—and block new fossil-fueled power plants from construction. Similarly, the EPA can begin working on new emissions standards for cars. Biden said in an executive order that he wants a proposal by April. “That is going to put immediate pressure on the automakers to move towards electrification,” says Southerland.

RESTORE THE CREDIBILITY OF THE EPA

As he resets the direction of the EPA, Regan will have to build back the agency’s credibility. “The last four years have been pretty tough for EPA,” says Stan Meiburg, a former EPA deputy administrator. “And they’ve been tough because there was a sense that the core values of EPA . . . were always to follow the science, follow the law and be transparent. I think there was a feeling that this past administration more than that, really any other, all three of those values were at risk.”

Regan may take inspiration from his time North Carolina Department of the Environment. Morale had dropped at the state agency under the previous leader, who fought to rein in environmental regulation. When Regan took the job, “he faced a challenge that was in some ways similar, in that there was a department that had had a pretty tough preceding four years,” says Meiburg, who knows Regan through work on the North Carolina Environmental Management Commission. “The issue of helping to restore morale, and make sure the career public servants in the agency know that their input and expertise is valued and appreciated, is something he’s had experience with here in North Carolina.”

One critical step now will be figuring out how many scientists and other staff need to be rehired to do the work. “You have to do that analysis to see where you can fill in [open roles] while you also try to hire as quickly as possible the scientists that you’re going to need for the remainder of the Biden term,” says Southerland.

The agency can also make quick changes on policies that don’t need a long rulemaking process—like adding bonafide experts back to science advisory boards that had been stacked with industry consultants and reestablishing other panels that were disbanded. Regan is likely to move quickly to begin putting out health advisories on drinking water with contaminants like PFAS, “forever chemicals” that can harm health, after the Trump administration stopped sending out advisories. The EPA can also quickly begin regulating toxic chemicals that the Trump administration had chosen to ignore.

The list of work is very long. “This is hopeful,” says Southerland. “But people have to temper their expectations, because these are things that require a lot of resources—they’re really going to have to prioritize.”

Adele Peters is a staff writer at Fast Company who focuses on solutions to some of the world's largest problems—from climate change to homelessness. Previously, she worked with GOOD, BioLite, and the Sustainable Products and Solutions program at UC Berkeley, and contributed to the second edition of the bestselling book "Worldchanging: A User's Guide for the 21st Century."