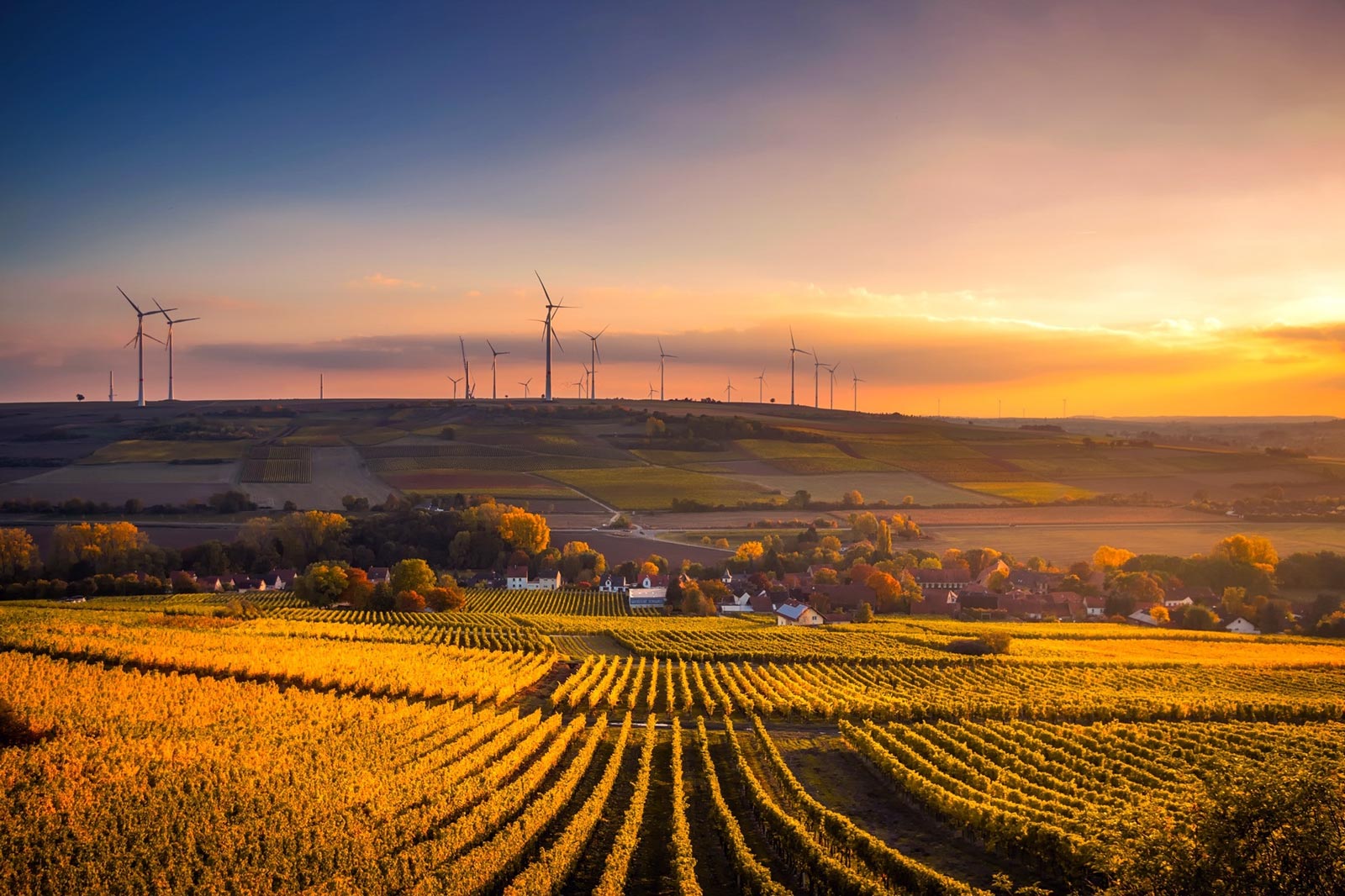 American Federalism and
the Environment

a degree unprecedented in recent American history, the environment, especially but not limited to climate change, has moved to the front rank of our public policy concerns. Even more remarkable is the degree to which this concern is interwoven with other threads: economic recovery, racial and social justice, energy supply and demand, trade policy, financial investments, agricultural policy, and national security.

‍This attention reminds us of the rise of the environmental movement over fifty years ago, symbolized by the prominence of Rachel Carson’s Silent Spring and the first Earth Day, April 22, 1970. Among the most significant consequences of that rise was the creation by then-President Nixon of a new federal organization, the United States Environmental Protection Agency, a combination of parts from fifteen agencies around the government. The new agency, known universally by its acronym, EPA, opened its doors on December 2, 1970, headed by a 38-year-old former state senator from Indiana, William Ruckelshaus.

The following twenty years witnessed a tremendous expansion in federal environmental law. Congress passed and Presidents signed into law twenty major pieces of environmental legislation, including such landmarks as the Clean Air Act, the Clean Water Act, and Safe Drinking Water Act, the Toxic Substances Control Act, the Ocean Dumping Act, and the Comprehensive Environmental Response, Compensation and Liability Act (better known as “Superfund”). Though many challenges remain, today we are the beneficiaries of these initiatives in the form of cleaner air, water, and land. To cite one set of statistics: since 1970, real GDP has increased by 285%, we drive almost three times as many miles, we have added more than 125 million people to our population, and we use 48% more energy; yet our emissions of the so-called “criteria pollutants” –hydrocarbons, particles, sulfur dioxide, nitrogen oxides, lead and carbon monoxide–have decreased by 77%.

Though federal leadership has been essential, this success is not the result of unilateral federal action. Federalism has been at the heart of much of this progress and of many of its most intense controversies. The private sector and non-governmental organizations have both played vital roles, but the interplay of federal and state action has been and remains a hallmark of U.S. environmental policy.

Like most federalism discussions, this one starts with the Constitution. The EPA has broad authorities derived from the enumerated powers given to Congress in the commerce clause. This clause has been broadly interpreted through the years, but debates persist over its scope, as evidenced by current arguments about the jurisdiction of the Clean Water Act over the “navigable waters” of the United States.

Apart from constitutional issues, the expansion of federal environmental law between 1970 and 1990 rested upon a parallel framework which President Nixon referred to as “the new federalism”. This new federalism contrasted with previous expansions of federal authority in the Progressive Era, the New Deal, and the Great Society by explicitly giving significant discretion to states in the administration of federal statutes. With the notable exceptions of Superfund and TSCA, the major environmental statutes provide for states to implement their permitting and enforcement authorities.

The organization of EPA reflects this difference. EPA is decentralized, in that, almost half of its staff reside in ten regional offices, located in standard federal region cities. However, unlike the Park Service, the Forest Service, the USDA extension service, the Natural Resources Conservation Service, the Federal Housing Administration, the Federal Highway Administration, or the U.S. Army Corps of Engineers, EPA with few exceptions does not have staff stationed in state capitals or in field locations. EPA delegates authorities that such staff might exercise to state environmental agencies. States acquire these authorities by seeking delegation or approval from EPA, according to the provisions of the various environmental statutes. By and large, this process was completed over thirty years ago, and it is fair to speak now of a U.S. environmental enterprise where governance is shared between states and EPA (and, to an increasing degree, tribal authorities).

Such a collaborative enterprise does not mean an absence of conflict. EPA’s regional offices exist at the intersection of two competing themes, endemic to federalism: the desire for national consistency, and the desire for local flexibility. This tension can be both creative and destructive. At its best, it reflects Justice Brandeis’ vision of states as laboratories of democracy, where states can tailor creative solutions to national problems. The arrangement also allows for economies of scale: EPA can provide solutions that would be inefficient or cost-prohibitive for individual states to undertake on their own (such as quality assurance and standardization for pollution monitoring methods).  At its worst, this tension can result in states treating federal standards as ceilings rather than floors, defunding their own activities, regarding federal delegation as simply a fee-for-service proposition, and attempting the moral equivalent of nullification through litigation of standards that powerful state interests oppose. The federal government can overstep as well, by insisting on lockstep conformity. Lest one think that this conformity is only in the service of the environment, the past administration offered a counter-example, insisting that California degrade its standards for motor vehicles to meet a federal lowest common denominator standard (though it is worth noting that this decision, along with many others, is currently under review).

EPA has tools to push on the national consistency side of the ledger. The agency provides substantial funding to support state operations, and such funding comes with strings attached and the ability of EPA to oversee state performance. National environmental statutes include the ability for EPA to step in and veto permits for activities that states might otherwise allow, such as the dredging of a wetland area or the construction of a new or modified major source of air pollution. In addition, EPA can bring its own enforcement action against polluting sources if it believes a state is doing this job inadequately or not at all. Nor is EPA alone in enforcing the law; ever since the 1970 Clean Air Act, most federal environmental statutes have contained provisions known as citizen suits, which allow any citizen withstanding (generally held to be a broad concept) to sue polluting sources, a state, or EPA itself for failure to perform mandatory duties. Finally, in the public administration equivalent of the “nuclear option”, EPA has the ability to revoke delegations and take back authority from a truly recalcitrant state.

Such an event, however, is exceptionally rare, desired by no member of the system. Few members of the regulated community would rather deal with federal instead of state authority, and EPA has never had the resources to carry out such a threat at any scale. There has been much consensus about critical parts of the system, such as the value of national air quality standards, and EPA has generally given more deference to states as they built their own programs. For example, as John Morris of Auburn University points out in a forthcoming book, the Water Quality Act of 1987 took power away from EPA in allocating grants to communities for wastewater treatment and gave that discretion to the states, in administering a new revolving loan program. Every new federal administration affirms its desire to work with state partners, and long-term relationships between career officials in state and federal agencies resolve most of the particular matters that arise from the inherent tensions in federalism. By providing for both consistency and flexibility, you can get the best of both worlds.

We cannot lay the existence of such conditions entirely at the feet of federalism, but they stand as a challenge for an indivisible federal nation whose underlying credo is liberty and justice for all.

Still, critical issues remain. For example, the distribution of funds to upgrade drinking water and wastewater systems has left examples of communities, especially those already suffering from economic and social disadvantages, without services that most of us expect as routine, or exposed to levels of pollution that more advantaged communities would not tolerate. These are the communities where the tensions of federalism strain most tightly around such questions as to whether clean, safe drinking water is a right or a service, and whether justice is served when some breathe dirty air around facilities that manufacture or transport products that others enjoy at a distance. We cannot lay the existence of such conditions entirely at the feet of federalism, but they stand as a challenge for an indivisible federal nation whose underlying credo is liberty and justice for all.

This article was originally published by Federalism.US on April 26, 2021.