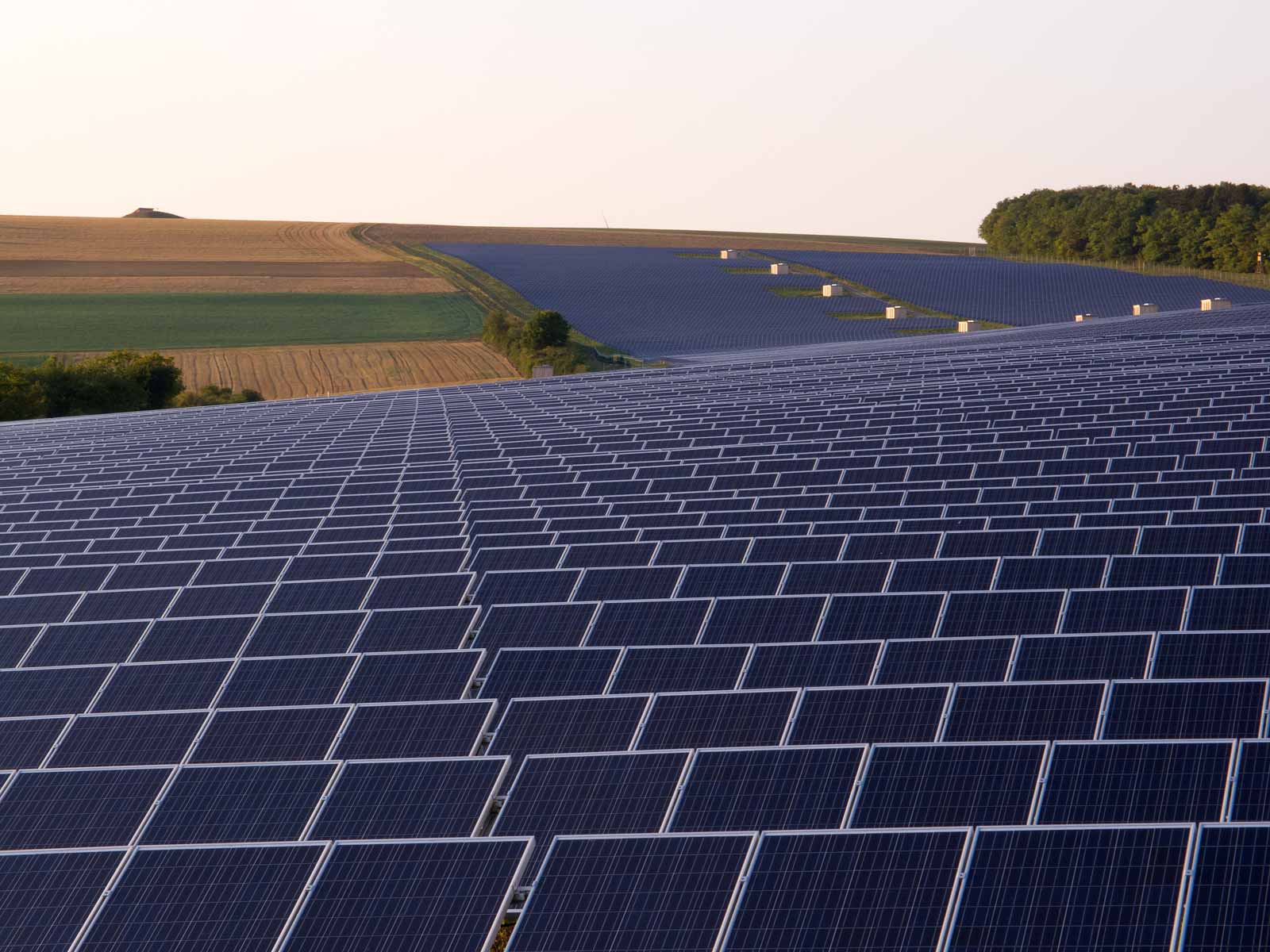 Under President Obama, the U.S. played a key leadership role in climate negotiations, bringing China fully on board, and helping broker the landmark 2015 Paris Agreement. President Trump has threatened to withdraw from the pact — a four-year process — and claims he will make a final decision this month. It seems likely China would step into the leadership gap left by the U.S.

Bonn negotiators remain unfazed by Trump’s climate change denialism or his threat to withdraw from Paris. Every signatory nation is going forward with meeting voluntary carbon reduction pledges. Some policymakers do worry how the parties to the Paris Agreement will make up the loss of billions of dollars in U.S. climate aid promised under Obama, but now denied by Trump.

The feeling among Bonn participants is that the rest of the world will go forward briskly and effectively in combating climate change by embracing alternative energy solutions that will bring jobs and prosperity to their countries, while the U.S. will play the role of a rogue nation that will share no part in the resulting economic boon.

Kaisa Kosonen, a political advisor on climate action for Greenpeace in Germany is prepping for the mid-year United Nations climate conference in Bonn, running May 8–18. But she pauses to answer my question. Here’s the set up, I say:

Under President Obama, the U.S. played the lead role in global climate negotiations since 2014, drawing China into the fold, while pushing for the historic Paris Agreement in 2015, when 196 nations pledged to reduce their carbon footprint. Under President Trump, U.S. leadership is waning, or could become oppositional, as the president allies himself with the fossil fuel industry and threatens withdrawal from Paris. China, meanwhile, looks poised to step into the leadership vacuum. — How concerned are you?

Kosonen responds: “Obviously, we need the U.S. to engage actively in solving this problem [of global warming]. And that’s what a clear majority of Americans want, too, across party lines. But it doesn’t seem like Trump will listen to his people, his top scientists or even American business,” which has lobbied loudly for the U.S. to stay in the Paris Agreement, as have some Republican lawmakers.

Then, as if running out from under a cloud of gloom, Kosonen sums up the consensus of nearly a dozen Bonn participants I interviewed for this story:

“If the U.S. walks out, almost 200 countries and 87 percent of global emissions would still be [regulated under the agreement]. And I have not heard any country yet suggesting that if the U.S. is out, they’ll be out, too. Or that they’d roll back their climate action. On the contrary, the global transition to clean energy will continue with or without the U.S. because it is embedded in economic, social and technological trends that are bigger than any one country.”

Sara Shaw concurs; the international program coordinator for Climate and Justice with Friends of the Earth International in London says that, “The rest of the world cannot let the U.S. drag them down; they must take immediate climate action without the United States. Global leaders should also use every economic and political pressure available to them, to force Trump to take the U.S.’s fair share of climate action.”

Trump’s election broke like a dark shock wave at COP22, the annual UN climate summit in Marrakesh, Morocco, last November, leaving global climate policymakers stunned. But then, instead of succumbing to the gloom and breaking their carbon-reduction pledges, every country signed the Marrakesh Proclamation, fully reaffirming their commitment to the Paris Agreement.

In fact, Trump’s victory and his tweets calling climate change a hoax seemed to galvanize world leaders and climate activists, not divide them, as had happened with the election of George W. Bush in 2000 and his rejection of the Kyoto Protocol.

“The answer to the question of whether [Trump’s climate stance] creates a difficult backdrop for negotiations is clearly, yes,” says Paula Caballero, global director of climate programs for the World Resources Institute (WRI). “As a former negotiator, I know that this is not the first time that the climate negotiations have faced difficulties. Yet countries have always plowed ahead through difficult times.”

In Bonn this week, negotiators will have little time for Trump’s tweets as they settle into nitty gritty policymaking efforts to create a rulebook for the implementation of the Paris Agreement, to be completed by late 2018. Global temperatures have already risen 1 degree Celsius (1.8 degrees Fahrenheit) since 1880; the goal of Paris is to keep temperatures well under another 1 degree Celsius by 2100. And that — as scientists and other experts have warned again and again — will be a very tall order.

To achieve that goal and prevent the most catastrophic impacts of global warming will require even more ambitious carbon-reduction goals than those voluntary promises made in Paris. It will also require greater transparency in measuring emissions, plus billions of dollars to preserve forests as carbon sinks, and to help vulnerable nations adapt to escalating drought, sea-level rise and extreme weather.

Trump has said he intends to decide by month’s end whether to start the four-year process of withdrawing from the Paris Agreement, and his advisors will meet this Tuesday for high-level meetings to discuss the fate of U.S. involvement in the pact.

Still, a delegation of U.S. negotiators from the State Department is expected in Bonn, though the position of special envoy, the U.S. chief negotiator, has been left vacant by Trump. Instead, the delegation will be led by career Department of State staffer Trigg Talley, who remains — at least for now — the deputy special envoy for climate change, as he was under Obama and Bush.

The U.S. will be sending a “much smaller” delegation than in the past, according to an unnamed State Department official, quoted by the Chicago Tribune, and it will be focused on ensuring that no decisions are made in Bonn “that would prejudice our future policy,” undermine competitiveness for American businesses or restrict U.S. economic growth.” Those goals could be very difficult to achieve, according to Mongabay sources.

But even as the Trump administration remains undecided regarding Paris, U.S. monetary commitments to the agreement are already vanishing. Obama pledged $3 billion to the Green Climate Fund, but only delivered $1 billion before leaving office. The rest is gone for now. Some $2 million for the research-based Intergovernmental Panel on Climate Change (IPCC) has been cut. Millions given to the UN for its climate administration offices in Bonn will likely also disappear.

“No one is saying they will step up and fill the gap,” says Argentine native Mariana Pauncio-Feldman, senior director of International Climate Cooperation for the World Wide Fund for Nature (WWF). “That is a problem. And it will be a hot topic of discussion. For many countries, they need international support to reach their [carbon reduction] goals. We could be bracing ourselves for real [economic] challenges there.”

There was no question, nor hesitancy, when I asked policymakers and activists who will fill the climate policy leadership gap: China.

“China is spending $360 billion on renewables — mostly solar, with some wind and hydro — by 2020,” says Brandon Wu, U.S. director of climate policy and campaigns for London-based ActionAid. “They have been on this path for awhile and are showing no sign of slowing up.”

Chinese President Xi Jinping has restated his commitment to the Paris Agreement, and to a steady transition away from the coal-fired power plants that have left Chinese cities shrouded in smog. Sources stressed that China’s leadership and U.S. fossil fuel retrenchment could freeze America out of clean energy innovation and international markets that will likely cost domestic jobs and global credibility.

India, the world’s third-largest carbon emitter, is also pledging a dramatic investment in renewable energy, while scaling back coal usage. The European Union remains fully behind the Paris Agreement, with Germany heading toward getting 50 percent of its energy from wind. Uruguay and Costa Rica have already nearly freed themselves from fossil-fuel reliance, while Norway and Sweden have promised to become carbon neutral

by 2030 and 2045 respectively. Transnational corporations have made similar pledges, including Bank of America, Facebook, General Motors, Microsoft, VF Corporation, Starbucks, Walmart and Ikea, among dozens of others.

A variety of sources headed to Bonn note that, regardless of Trump’s federal actions, much of America is going its own way. U.S. cities and states are investing heavily in solar and wind power, electric public vehicles and LED street lighting. Coal burning for electricity is in rapid decline, as is the failing coal industry. Even as Trump proclaims a rebirth of coal, analysts wonder to whom the industry will sell its product. Meanwhile, the oil industry is trimming its long-term demand and profit forecasts due to the rapid development of electric cars.

“International leadership on climate is more diffuse than ever before, and other countries, large and small, are stepping up to lead within and outside the negotiations,” says Caballero of WRI.

“Thirty states have grown economically and reduced their emissions,” says Pauncio-Feldman at WWF. “The benefits to the U.S. economy by staying in the Paris Agreement is something we need to keep driving home. Delivering on the [Paris] targets means more jobs. We see this in other countries. We can show that U.S. leadership is not always national leadership.”

Alex Hanafi, a climate negotiator with the Environmental Defense Fund in Washington DC, says pulling out of the Paris Agreement will likely damage the U.S. far more than the global climate action movement. He sees irony in one particular aspect of Trump’s failure to lead:

“President Reagan used to say ‘trust but verify,’ and the U.S. has championed the concept of transparency in climate talks in a bipartisan way for years,” says Hanafi. “Trust and verify are at the heart of the Paris Agreement. If the U.S. pulls out, the transparency rules — which help determine if countries are meeting their pledges — are not likely to be as strong. If we’re not at the table, you don’t get to influence what’s on the table. That’s a key loss for the U.S.”

Trump has dismissed climate science as “a hoax” and repeatedly promised to “cancel” President Obama’s US commitment to the Paris Agreement, despite corporate pleas to respect the pact. If Trump pulls out, the U.S. will stand alone among nations — rejecting the scientific consensus on global warming and embracing climate change denial as an international policy.

Originally published at Mongabay.com on May 8, 2017.