Professor and Chair of Economics

He regularly teaches Introduction to Economics, Natural Resource and Environmental Economics and the Economics of Entrepreneurship. He is coach of the Wake Forest Quiz Bowl Team. He and his wife, are the proud parents of five – three of whom are Wake Forest graduates.

Double B.A. in Economics and History from the University of Maryland College Park (1983)

Ph.D. in Economics from the University of Pennsylvania (1990)

I have edited five books. Historical Perspectives on the American Economy (with Dianne Betts, 1995), Public Choice Interpretations of American Economic History (with Jac Heckelman and John Moorhouse, 1999), The Routledge Handbook of Modern Economic History and The Routledge Handbook of Major Events in Economic History (both with Randall Parker, 2012), as well as The Economic Crisis in Retrospect: Explanations by Great Economists (with Page West, forthcoming). My early research focused on the history of labor markets, with emphasis on the length of the work week, aging, and discrimination. Several of my papers explore consensus among economic historians and economists, especially the widely-cited "Do Economists Agree on Anything?" and “Are Disagreements among Male and Female Economists Marginal at Best?” (with Ann Mari May and Mary McGarvey, forthcoming in Contemporary Economic Policy). A recent paper of mine argues that the U.S. Mint should stop producing pennies. My Modern Economic Issues course (2007), 36 half hour lectures on issues ranging from inflation, unemployment, inequality, trade, global climate change and taxes to WalMart, Social Security, health care, baseball, obesity and immigration, is available from The Teaching Company. 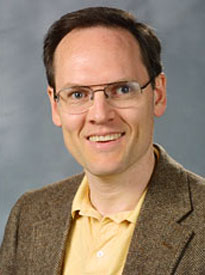