Associate Chair of the Department of Chemistry

In thermodynamics, Dr. Dilip Kondepudi, is an Indian-born American physical chemist noted for the 2008 textbook Introduction to Modern Thermodynamics, which is a follow-up to the 1998 Modern Thermodynamics co-written with Belgian chemist Ilya Prigogine. Both publications being products of the Brussels school, particularly the affinity theories of Belgian thermodynamicist ,Théophile De Donder. Kondepudi seems to be the first to have used the term Gibbs energy flow, particularly in relation to biological systems. 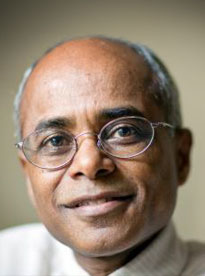